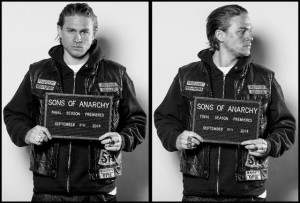 Sons of Anarchy finished its seven-year run this December. I used to love the show, though the last couple seasons seemed needlessly violent and mostly served to make me hate all the characters (except Chuckie and Venus–may Tig and Venus ride off into the sunset together).

At some point last season, I realized that Jax wasn’t going to get a redemption arc. What happened at the end of season 6 was the nail in the coffin. And that’s the thing about human beings that is hard for me to reconcile sometimes. Not everyone gets redemption.

We live, we work, we do shitty things to each other, we might make a few people happy, and then we die. And when I look back on this year, I see a lot of these shitty things, and I can’t help but think.

Hatred is insidious when it’s institutionalized, because it plays out like a perpetual motion machine. When I say institutional, I mean that it permeates everything. Institutional prejudices and discrimination pervade not only your day-to-day life, but your reflexes and your thoughts. When you are one among the marginalized, you’ll never know who you are as a person–just a person–because you’ll never be just a person. The standard was set for someone else.

As a philosopher, I know this on an intellectual level. As a female-bodied person, I know this because this is my life. Every black person I know knows this too. I have friends who were taught lessons very different from those I was taught growing up–how to act in stores and how to talk to police–because their parents knew they would be treated automatically with suspicion and accusation just because of their skin color.

I’m glad I don’t have children.

I keep wondering if I would ever feel safe letting my child walk down the street in the middle of the afternoon. I am Caucasian, but this hypothetical child of mine might not be, and I would fear for that child even more. We’re maybe too paranoid about stranger danger in the 21st century (abduction by a stranger is rare), but there are other monsters to fear.

We want the redemption arc.

We want a sense of justice where there can never be justice. Because what is justice? Wouldn’t justice be institutionalized hatred never occurring in the first place?

There is nothing about the way our society is set up that plays out as fair. Nothing. You can’t extract the social policies from the economic ones. You can’t. Capitalism is inherently un-equal. And capitalism in practice is racist and sexist (this isn’t inherent, but it is historically embedded to the point where it seems inherent).

So what can we do but keep talking? What can we do but keep speaking out and demonstrating and exposing the raw nerves? There’s never going to be an overall redemption arc for humanity–there can’t be and it’s naive to think so. Killing each other is what we do. Hating each other with learned biases is what we do. No matter how smart we think we are, we’re animals competing for space and resources and mates and life.

But maybe there can be smaller redemption arcs. Maybe they have to originate from inside. 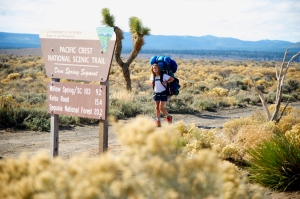 The movie Wild was released in December this year, too, based on the memoir of Cheryl Strayed. It’s the story of a woman seeking redemption for herself as she hikes the Pacific Crest Trail. She needed personal redemption–to forgive herself for the mistakes she made, the people she hurt, and to deal with demons of mistakes and loss–and she knew it.

I have a suspicion that a lot of people don’t think they need redemption. They don’t realize that they’ve been fractured and molded and that everything they think they are is contingent.

So often it seems like the person we hurt the most is our self (what ever ‘self’ may mean). I let myself believe all kinds of things–that I’m stuck, that I’m a failure, that I’m never ever going to be enough, that I’m incapable of being a person (or being a good person), that I can’t love. There are things from my past that have confirmed each of these suspicions at one point or another, but it’s the conservative effect of habit that keeps me there in the middle of all of them. It’s the myth that the past will always repeat itself with the same results.

I want to live. I want my goal for this year to be alive, although I think I’m setting myself up to fail. But I want to try living. I want to learn what that means for me. I want to be the person that I’ve lost along the way.

I want my redemption.

May you find redemption, whatever that may mean, in 2015.

One thought on “Redemption Year”